On Saturday, 12th of September, the first real warm and sunny day this season, I decided to drive toward the West Coast to look at the flowers.  A good friend of mine told me there is no need to travel far, the flowers around Darling are just as beautiful as elsewhere.

Off I went in my bakkie, and after passing Malmesbury, about 12km outside of the town, I saw a beautiful predominantly white display of flowers.  Driving  in a bakkie with high ground clearance and equipped with diff-lock, I thought it will be save to turn off the main road onto a pathway.  All was fine for a short distance. Then, it felt like driving into a hole and the bakkie got stuck in the loose sand.  The diff-lock did not help either and the contrary happened: I mired the bakkie deeper into the sand.

Help was needed!  I walked for about 1km to the nearest building I saw, knocked on the door and asked for assistance.  The young man who opened was very helpful. He phoned his neighbour and a few minutes later a stocky mid 40 man turned up. Help is here, I thought and apologised for the inconvenience caused.  No, I did not get the help I thought I would get…instead, he bombarded me with the most vulgar swear words I have heard in a long time, told me to f… off and left.

Why did he bother to come in the first place? I wonder.

I realized that I would not get help that Saturday afternoon.  I contacted Annegret Gartz and she was kind enough to drive all that way and  gave me a lift back home.  Thank you Annegret!

The first thing I did on Monday morning was to contact tow-in and rescue firms in Malmesbury. Not one was interested willing or capable to assist.  All had some or other reasons why the were unable to help. 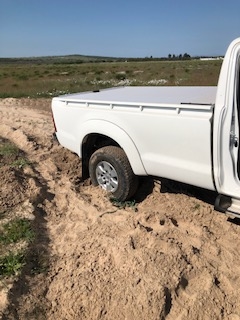 Who to contact now?  Eugene Jooste friend and chairman of Park, why did I not contact him before, I don’t know.  Equipped with two spades we took the road to the site and fortunately found the vehicle undamaged still in the same position as left on Saturday.

We were just busy digging around the rear wheels when we noticed an approaching SA police van.  Who is Mr. Berg the officer wanted to know?  It’s me I told him, asking were he got my name from? From your licence number, he said.  I was sure I’m in for some more trouble.

BUT instead the officer said “do you have a tow-rope”? Fortunately, I had one in my car and after a few attempts and in poring rain he pulled my bakkie out of the sand.  Eugene and I were stunned!

The empathy and kindness Warrant Officer Jaco Stears showed was just awesome! He was there to help two seniors who were in trouble, and that’s his job he said.  Thank’s to the SA Police in Malmesbury. After returning home,  Eugene and I sent a thank you mail to the Station Commander of the Malmesbury Police.

This experience has changed my view about our police force, not all, perhaps only a few? are the bad boys? 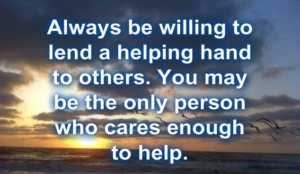