My Mother, Minchen Kassier – nee Köhne, was born on 10 August 1906.  She was married to Hans Kassier and lived in KZN their whole lives.  They were both 3rd Generation descendants from The Hermannsburg Mission Society. My parents had 6 children. Music was in my mother’s heart; she sang lullabies to us each night. Later when we were older, she would  sing with us on Sunday  afternoons playing the piano.

As teenagers we would play Hausmusik. When four of us had enough tuition at school, we were able to play ensemble: 2 violins, a cello and piano were the instruments we played.  Our parents and visitors always took great pleasure listening to us. My mother was always happy. She laughed often and had a positive outlook on life.

On the 10th August 2006 my mother turned 100. Two years before, arrangements started to emerge to have a special occasion on that day. Music would be of utmost importance. My brother Hans, musician by profession, compiled the programme. Nothing but Bach he said. The Brandenburg Concerto in G major was chosen. Our Family Orchestra of 17 members would be the musicians: 2 Flutists, 1st violin Solo, Cello Solo, Viola and piano. The remaining 12 participants played either violin or Cello. The sound was good.

We had one week to practice together.  We came from Germany, United Kingdom, USA and Cape Town, and we all gathered in Hermannsburg.   Hans had sent everybody the sheet music that we could practice at home beforehand. Amazingly we had no problems.

At 12 noon the festivities started. We played the Canon by Pachelbel to steady the player’s nerves.  The main work being Bach’s Brandenburg Concerto was followed by a tasty meal.  A short “Andacht”, which Pastor Werner Köhne, also related to us,  followed by Brass band music and songs of praise.  Coffee was served.

To end the music programme, the young ones from 9 months to teenagers performed. All had prepared something. Singing from a nursery rhyme to “Für Elise” by Beethoven, grandchildren playing 6 hands piano, trumpet and flute solos, a variety of pieces. To end off “The Blue Danube” by Johan Strauss, my Parents favourite piece, was played.

The official part of the day was over and we danced until 11 o’clock. My Mother was home by 12 enjoying her glass of Old Brown Sherry. What a special day we had. 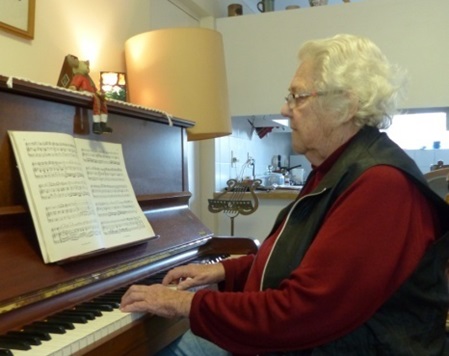 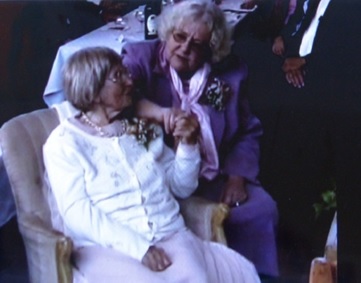